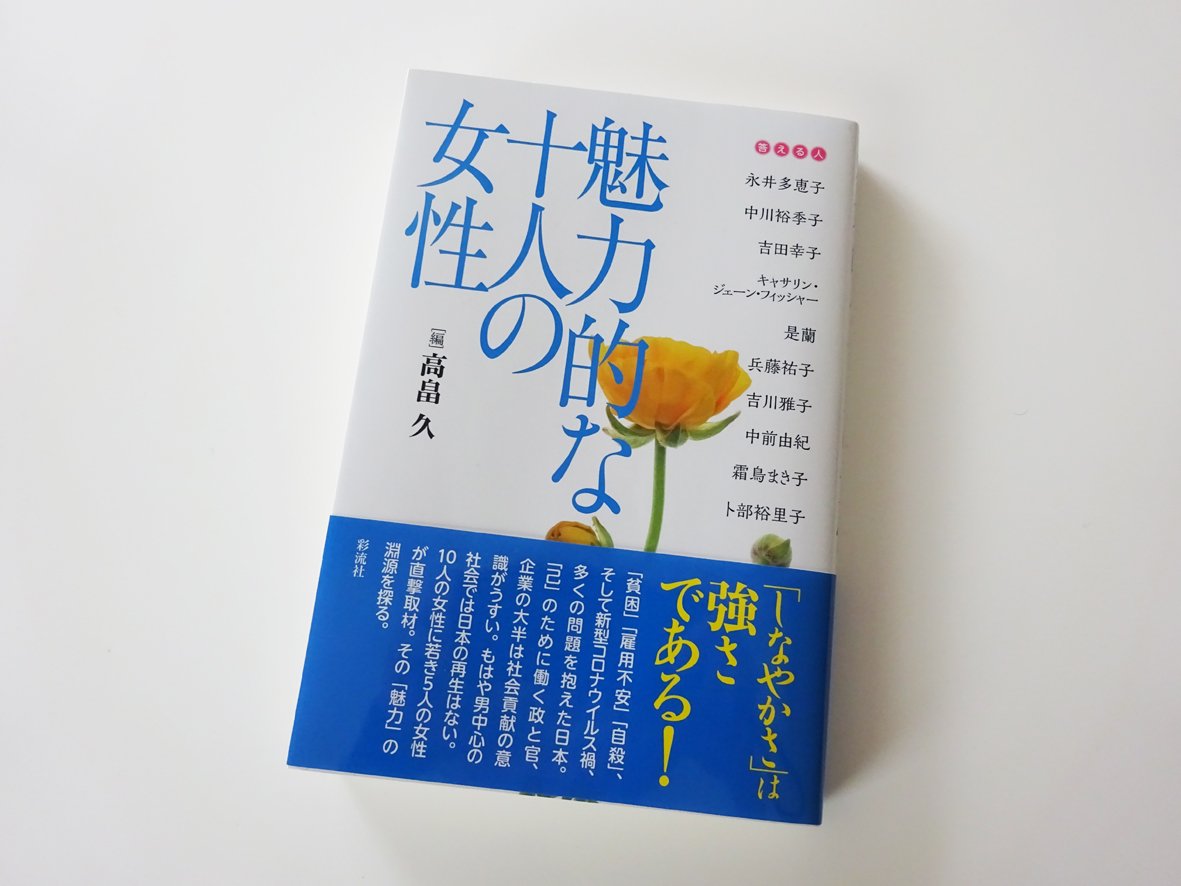 An interview with me was published in the book "Ten Charming Women" (Publisher:Sairyusha), which is planned and edited by Hisashi Takabatake, a former movie/TV drama producer who is still active in the theater field.

Five women, including an actress and a student, interviewed ten women of various professions and ages, including Ms. Taeko Nagai, President of the Setagaya Cultural Foundation and former Vice-Chairman of NHK, and Ms. Yukiko Nakagawa, a famous dancer and representative of Saburo Nakagawa Studio, about their lifestyles, work and sense of values etc.

“Ten Charming Women" (Japanese only) is available on Amazon.com.